Most of India, besides the Northern region, reels under a hot, tropical climate through the year, with hardly any respite during the winter season. While the hill stations in various regions, may exhibit slightly cold and rejuvenating weather in the winter months, winters in the major cities and metros are at best mildly cool and pleasant in the evenings. Under such circumstances, most people look for an escape into the cold environs of the hilly regions, whether in the north or south, to give them that much needed escape from the heat, dust and grime.

India, with its varied land features and climate has a host of options to offer by way of winter holiday destinations to a tourist. So try out any of these places for your next winter vacation. 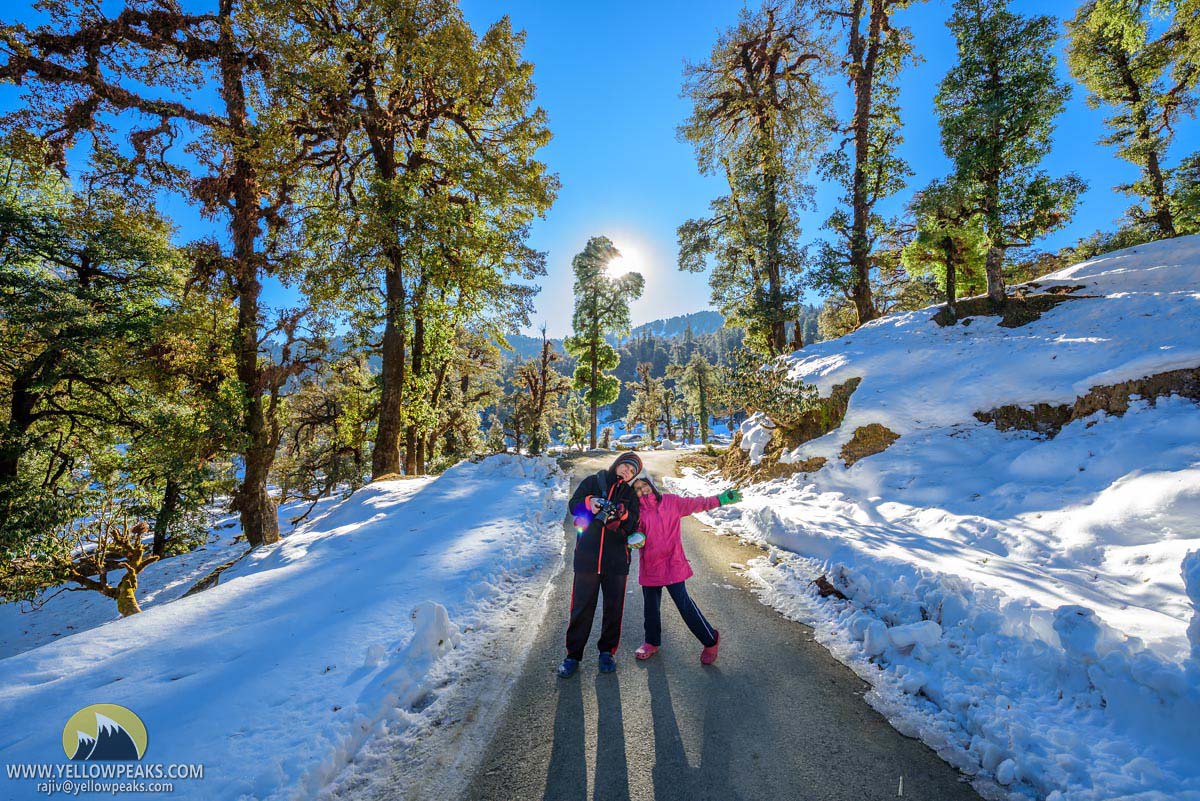 The breathtaking beauty of Uttarakhand in Northern India during winter is thrilling and one that should be experienced definitely. Winter in this state extends right from October till March, where the weather dips down to almost 5 degree Celsius and it becomes extremely chilly and in some higher altitude places, down to 0 degree or in the negative. This is the time when the mountain peaks are clad with snow and there is a blanket of snow all over the houses and streets. October and November in Uttarakhand experience a lot of religious and cultural events too, which is great for tourists and pilgrims who are looking out for those activities. The rugged land features, mountainous terrain, spellbinding enchanting meadows, sparkling streams and gushing rivers all add to the charm of this destination. Besides, it also offers excellent adrenalin-pumping adventure activity opportunities like river rafting, rappelling, mountain climbing, both moderate and challenging trekking, mountain biking, paragliding, skiing and then some more.

How to reach Uttarakhand :

By air – There are several flights that come in regularly to the following airports from different cities of the country; the Jolly Grant Airport at Dehradun, the Pantnagar Airport at Pantnagar in the Kumaon Region and the Naini Saini Airport in Pithoragarh.

By train – Railway stations at Dehradun, Pantnagar, Kathgodam, Haridwar, Rudrapur and Tanakpur have trains connecting with Delhi, Lucknow, Kolkata and several other places.

By bus – State-run as well as Private buses ply regularly from neighbouring cities as well as nearby states to different places in Uttarakhand. 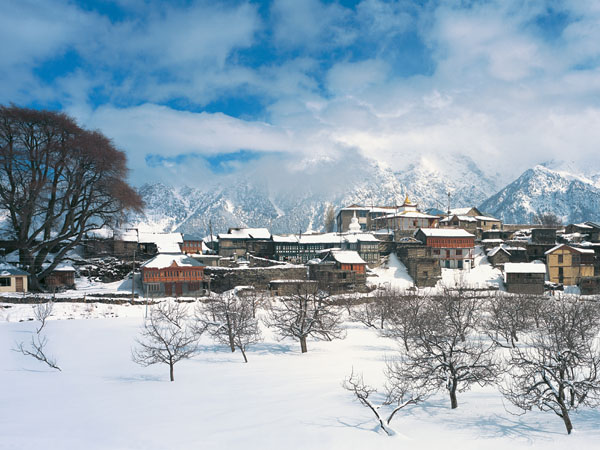 Located in the Western Himalayas, Himachal Pradesh is bordered by the state of Jammu and Kashmir in the north. Due to extreme variation in the altitudes, Himachal has a varied climate which includes winters from late November till late March and snowfall is common in locations that are situated above 7000 feet. Literally meaning, ‘snow-laden abode’, this state extends over picturesque valleys, several amazing rivers, alpine forests, widespread orchards and meadows of breathtaking flora. Home to a great and exciting range of fauna, Himachal has 30 wildlife sanctuaries and 3 conservation reserves. What more could a tourist ask for by way of a break from the artificial, boring, routine life of the city? But wait, if you feel life is too laid back and peaceful here, you are free to indulge in the gamut of adventure activities that this state has on offer – Aero Sports, especially Paragliding in Bir Billing and Solang Valley, skiing in Manali, rafting in Kullu, Boating in Bilaspur, horse-riding and fishing in different parts of the state along with trekking and mountain biking.

Some of the most popular destinations visited here are Shimla, Kullu, Manali, Kasauli, Dharamshala, and Khajjar amongst others.

How to reach Himachal Pradesh :

By air – The Indira Gandhi International Airport at Delhi is the most well connected with regular flights to several major cities of India. But even Kullu has an airport which has flights going to and from Delhi on a regular basis.

By train – Railway tracks in the Himachal region are practically non-existent because of the rocky terrain. The only exception is Kalka, which has a railway station about 90 kms away and is the closest to Himachal from where one could visit the major tourist spots. It has a narrow gauge line connecting it to Ambala.

By bus – There are plenty of State-run as well as private buses operating between several northern cities and states to Himachal Pradesh. 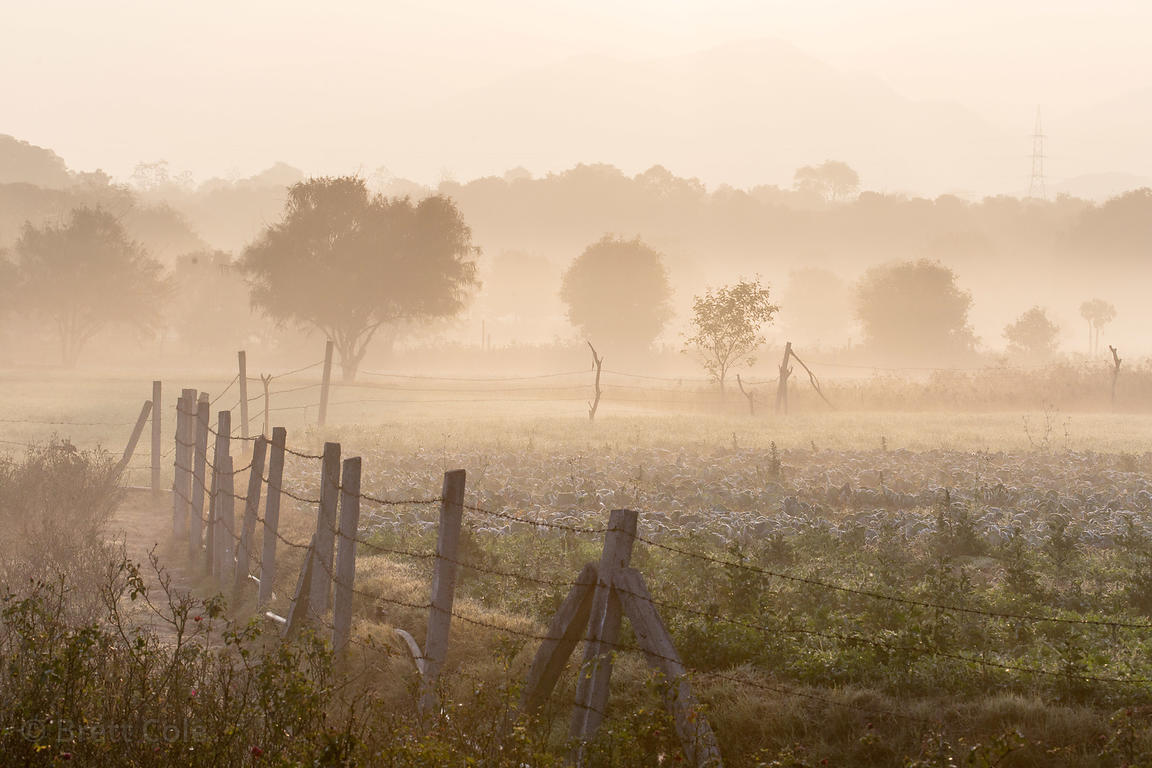 Rajasthan, ‘Land of the Kings’ and India’s largest state is situated in the northwestern region of India. Comprising mostly of the Thar Desert and Aravalli Range which stretches from the southwest to the northeast, this state enjoys extremely pleasant and cold winters from early October to mid-January. This land of magnificent palaces and forts, the ruins of the Indus Valley Civilisation, the various World Heritage Sites, it’s National Parks, Tiger Reserves and the famous Jain pilgrimage site at it’s only hill station – Mount Abu are all a great attraction to not just the domestic tourists but also to international tourists. Despite it’s large desert area, Rajasthan has an interesting variety of flora and fauna. Tourists also get to witness the warm Rajasthani hospitality and interesting folk dances. Rajasthan is also not far behind when it comes to exhilarating adventure activities like the Desert Safari, Camel Safari, Dune bashing, Wild Life Safari, Zip Lining, Hot Air Balloon Ride, Paragliding, Desert Camping etc.

Cities like Jaipur, Jodhpur, Udaipur, Jaisalmer, Ajmer, Kota and so many more are very popular destinations which have a life and history of their own.

How to reach Rajasthan :

By air – The airports at Jaipur, Jodhpur, Udaipur and the more recent ones at Bikaner and Jaisalmer have flights to and fro to several cities around the country.

By train – Rajasthan has a good rail network with several cities across the country. The major railway stations are at Jaipur, Jodhpur, Udaipur and Ajmer.

By bus – The Rajasthan State Road Transport Corporation as well as several Private companies have regular buses from Delhi and many other cities close by. 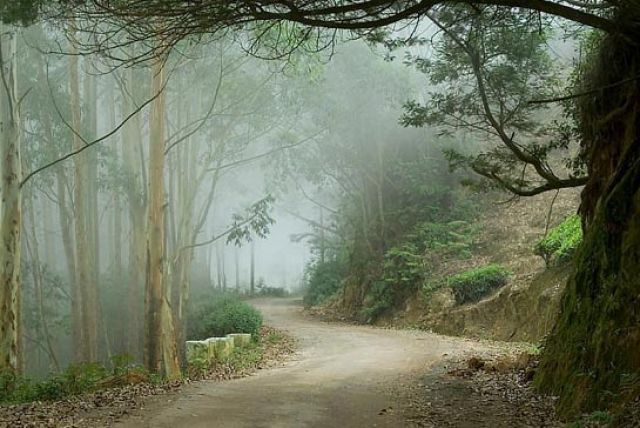 One of the most well- known and loved destinations of India, Kerala is no mystery to either domestic or international tourists. This popular state down south in India, is most renowned for its serene backwaters, marvelous beaches, lush green and densely forested hill stations, aromatic spice plantations, picturesque coconut groves, coffee and tea estates, Ayurvedic Spas and Yoga Centres and mouth-watering cuisine. It’s no wonder then, that Kerala is considered ‘God’s Own Country’. There’s so much to please the senses on one trip! And holidaying in Kerala during the winters, which starts around mid-October and goes on till February, makes the trip even more enjoyable and magical. One may experience sporadic light showers until mid-Nov, but the weather is invigorating overall and especially the hill stations have a mystical, magical environment with light mist hovering over the hills and lush greenery as far as the eye can see. One can also enjoy their time at many of the numerous and gorgeous waterfalls or any of the several National Parks or wildlife sanctuaries. Increasing the thrill quotient are the various adventure activities like water sports, bamboo rafting, tree climbing, zip lining, biking, fishing, wild life safaris, elephant rides and many, many more.

The most sought after destinations in Kerala are Munnar, Alleppy, Kumarakom, Varkala, Wayanad, Kannur and several more.

How to reach Kerala :

By air – The airports at Kochi, Thiruvananthapuram and Calicut have regular flights going to various other cities.

By train – Kerala has various railway stations which have great rail connectivity with several other cities across the country.

By bus – The Kerala State Road Transport Corporation has plenty of buses plying to and from various neighbouring cities to and from Kerala. 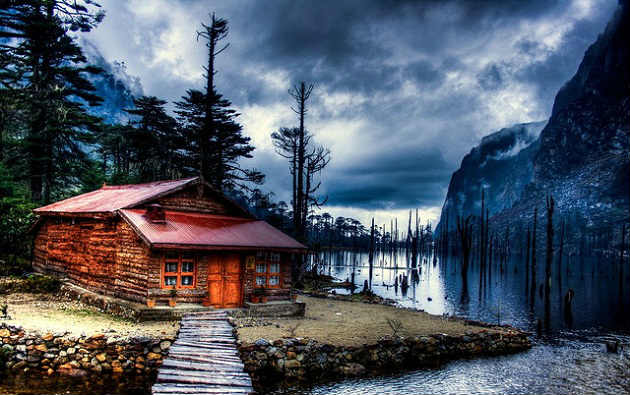 This amazing region of many spellbinding and breathtaking states, is slowly growing in popularity as a tourist destination. While Sikkim has been known for years as a holiday destination, the other wonderful states of Northeast India which include Arunachal Pradesh, Assam, Manipur, Mizoram, Nagaland, Meghalaya and Tripura are also great places to go for a vacation and step away from the artificial urban lives and reconnect with nature. While one can visit these destinations through the year, winters from September onwards till March bring about a certain vitality and life to the territory and make awesome locations for a vacation. With most of the states having more than 60% of their area under forest cover, this region, which includes the Eastern Himalayas, the Patkai and the Brahmaputra and Barak valley plains, has about 51 forest types which are broadly classified into tropical deciduous forests, tropical evergreen forests, subtropical forests, temperate forests and alpine forests and has been categorized as a biodiversity hotspot owing to the extensive variety of flora and fauna. One can also still find the very enchanting living root bridges in several locations of this region, though they are now slowly fading out. Tourists can revel in the joy of river rafting, trekking to the lofty, magnificent peaks, take in the splendid sights of beautiful mountains, valleys, rivers and waterfalls, visit the tranquil, soothing monasteries for some introspection, marvel at the several wildlife sanctuaries and National Parks.

Some of the places ideal for a holiday in this region are Gangtok, Pelling, Tawang, Majuli, Shillong, Ziro Valley, Cherrapunji etc. amongst many others.

How to reach Northeast India :

By air – The major airports in Northeast India are at Bagdogra, Imphal, Guwahati, Dibrugar and Silchar which have regular flights to Delhi and Kolkata.

By train – There is a fairly decent rail network between the Northeast and a few other major cities in India. But connectivity with Assam is the best.

By bus – There are regular buses from West Bengal to many of these destinations. 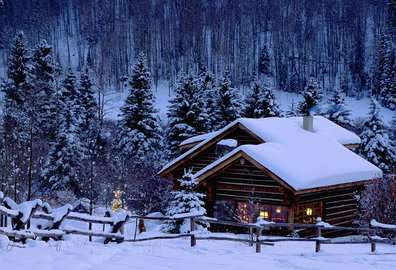 Situated in the northernmost region of India, Kashmir is like a little bit of heaven on earth! Almost like Switzerland, this incredibly mesmerizing and beautiful state has everything that one would desire in paradise. The winters here, which begin in November and end somewhere around March paint the region with amazing strokes……Stunning white mountain peaks, blankets of snow across the fields, meadows and hills, beautiful orchards, heart-achingly beautiful flower gardens, frozen lakes and interesting fauna. Tourists can have the time of their lives skiing, ice skating, taking exciting cable car rides at great heights, hiking up the mountains, indulging in sleigh rides, heli-skiing, ice-hockey, snow boarding and so much more. Enjoying the wonderful lakes and dreaming away in the lovely shikaras/ houseboats only add to the romance and fun of the trip.

The most popular hill stations here are Gulmarg, Pahalgam, Sonmarg, Zanskar, Kupwara, Leh-Ladakh and Srinagar amidst several others.

How to reach Kashmir :

By air – The airport at Srinagar is the closest to reach any place in Kashmir by flight. From here one can take either a taxi or bus to reach your location.

By train – The railway station at Jammu Tawi is well connected with several cities across the country.

By bus – The State Transport buses are easily available at reasonable costs from several nearby cities and states.