Kolkata, recognized as the hugely popular cultural and educational city of East India, is situated on the east bank of the Hooghly River in West Bengal. Quite a bit of the city was originally a wetland, but has slowly been reclaimed over the years to accommodate an ever increasing population. Thoroughly urbanized now, this ‘City of Joy’ (popular nickname) is a major financial and commercial hub of East and North East India and has a major commercial and military port. It is also the only city in Eastern India, besides Bhubaneshwar, to have an international airport. And while Kolkata is deeply enmeshed in art, drama, theatre, films and literature, giving it’s residents an avenue and much choice for recreation, people still long for some quick getaways and nearby places to just let themselves loose and recover from the hectic, crowded and polluted city life.

Summers in Kolkata, from March to June are really hot and humid with temperatures peaking during May and June. Monsoons hit the city heavily from June to September and then a pleasantly cool winter season prevails for about 2 1/2 months roughly, with December and January being the coolest, making it one of the best times to visit the city and nearby destinations.

How to reach Kolkata :

By Air – The Netaji Suhhash Chandra Bose International Airport at Dumdum in Kolkata has very good flight connectivity with several cities across India and abroad.

By Train – The two major railway stations at Howrah and Sealdah have an excellent rail network with many cities across the country.

By Bus – Kolkata has a good network of Private as well as Government run buses like the Calcutta State Transport Corporation (CSTC) which connect it to many other cities across India.

So here we’ve listed a few  interesting weekend getaways from Kolkata for you, which are not more than a 4-5 hour drive or train journey:- 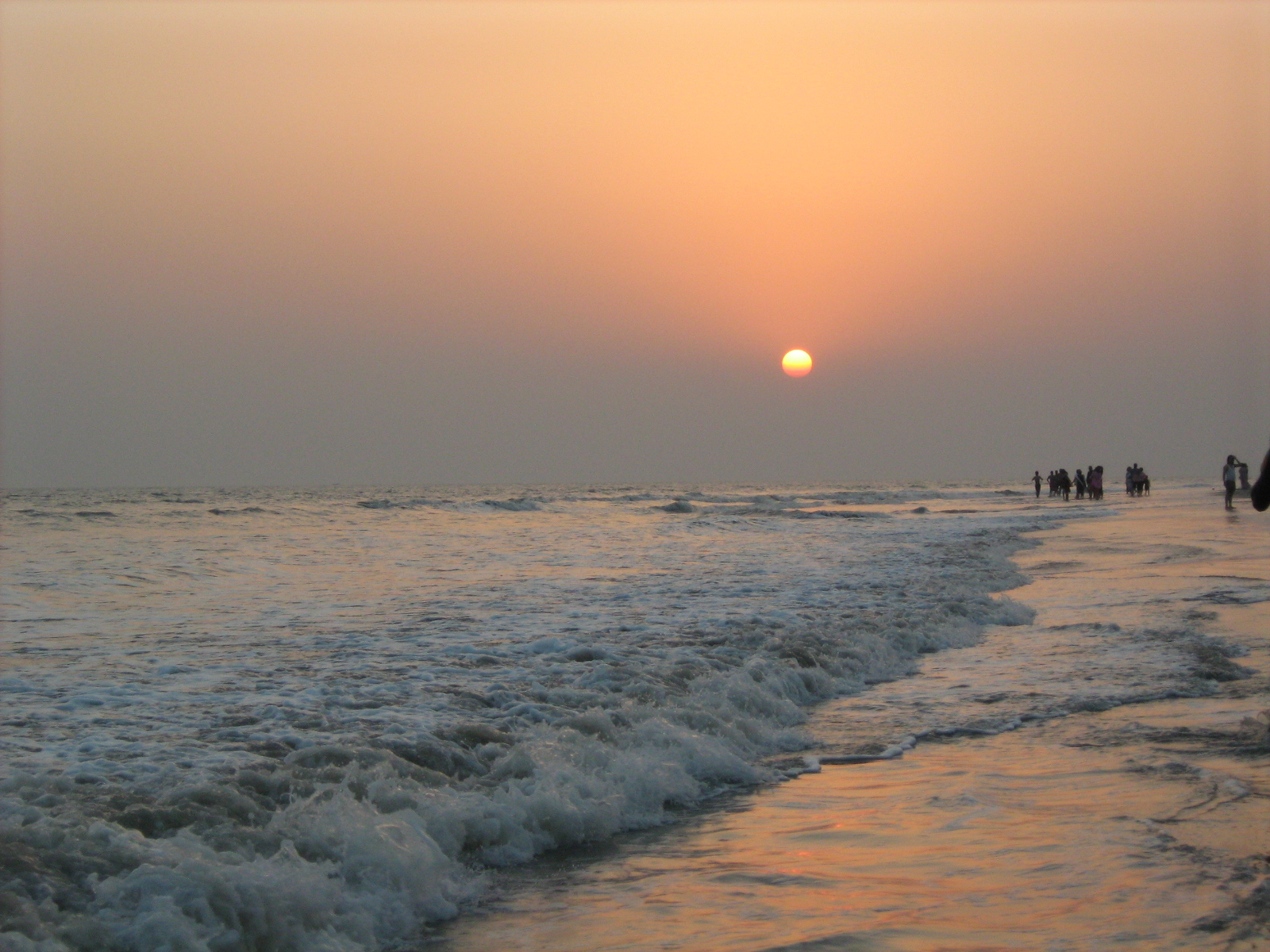 Bakkhali is this small little beach town nestled in the south-west region of the exciting Sunderbans, about 138 kms from Kolkata. Although a part of chaotic West Bengal, this small town is like a different world in itself. Tranquil and serene, far removed from the noise and commotion of the city life, this beach town surrounded by thick forests, gives one the opportunity to just unwind and enjoy the little, simple pleasures of life. Long walks on the beach, boat rides, small islands, visit to the wind farms, cycle rides around town and idling time away at the quaint make-shift tea stalls, sipping hot tea from Kullads (small clay pots) is not something that one can indulge in, in a commercialized city. Though not very equipped with modern and fancy amenities, Bakkhali is comfortable and an ideal place for a different and peaceful holiday. 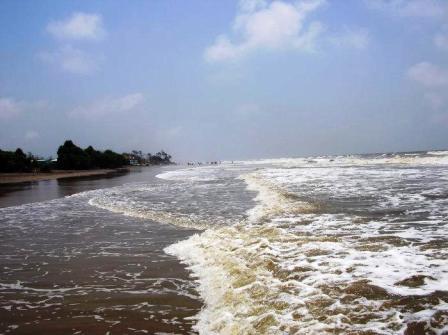 Mandarmani is a relatively less popular destination and so is a great place to enjoy at the weekends currently. Located around 170 kms from Kolkata, along the Kolkata-Digha route, the drive to this place is soothing to the senses as one can feast their eyes on the calm paddy fields and little ponds that dot the landscape from time to time. Mandarmani itself, is admired for its pristine beaches and alluring landscape. The other most thrilling attraction of this destination is that Mandarmani is perhaps, India’s longest drivable stretch of a beach. At about 13 kms long, visitors love speeding down this stretch of beach as comparatively less crowded. One can just laze around on the beach, admire the scenic spectacle of the gently lashing waves against the stunning backdrop of the setting sun or enjoy a variety of beach-side sports like banana boat rides, jet-skiing, ATV bike rides etc. 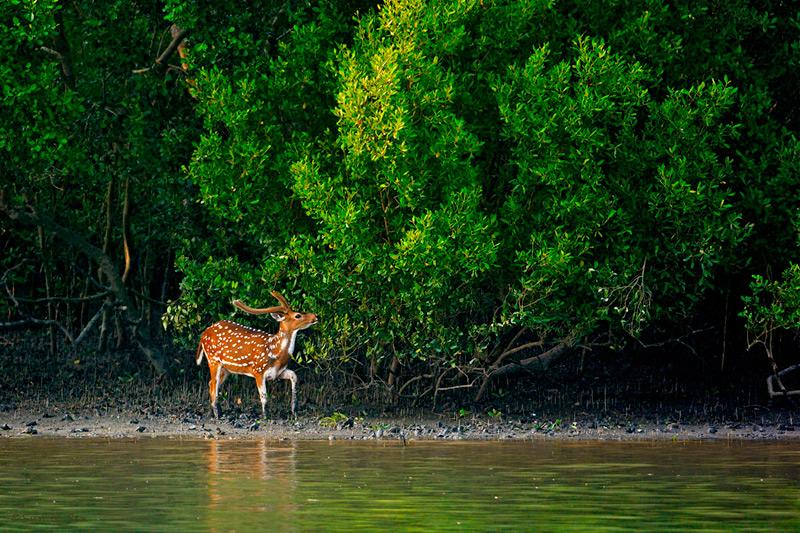 Famous as the largest delta in the world, as also the largest mangrove forest in the world, the Sunderbans is located at a distance of about 110 kms from Kolkata. This wildlife sanctuary is also a Tiger Reserve and a Biosphere reserve that presents nature in entirety to the interested tourist. The endangered species of Royal Bengal Tigers, jungle fowls, giant lizards, the spotted deer, a large population of birds and reptiles including the salt-water crocodiles, rivers, springs, estuaries, creeks and a wonderful forest environment with an amazing collection of flora and fauna presenting a lush green and refreshing environment can be enjoyed here. Boat rides in the Matla river is another activity to be experienced. 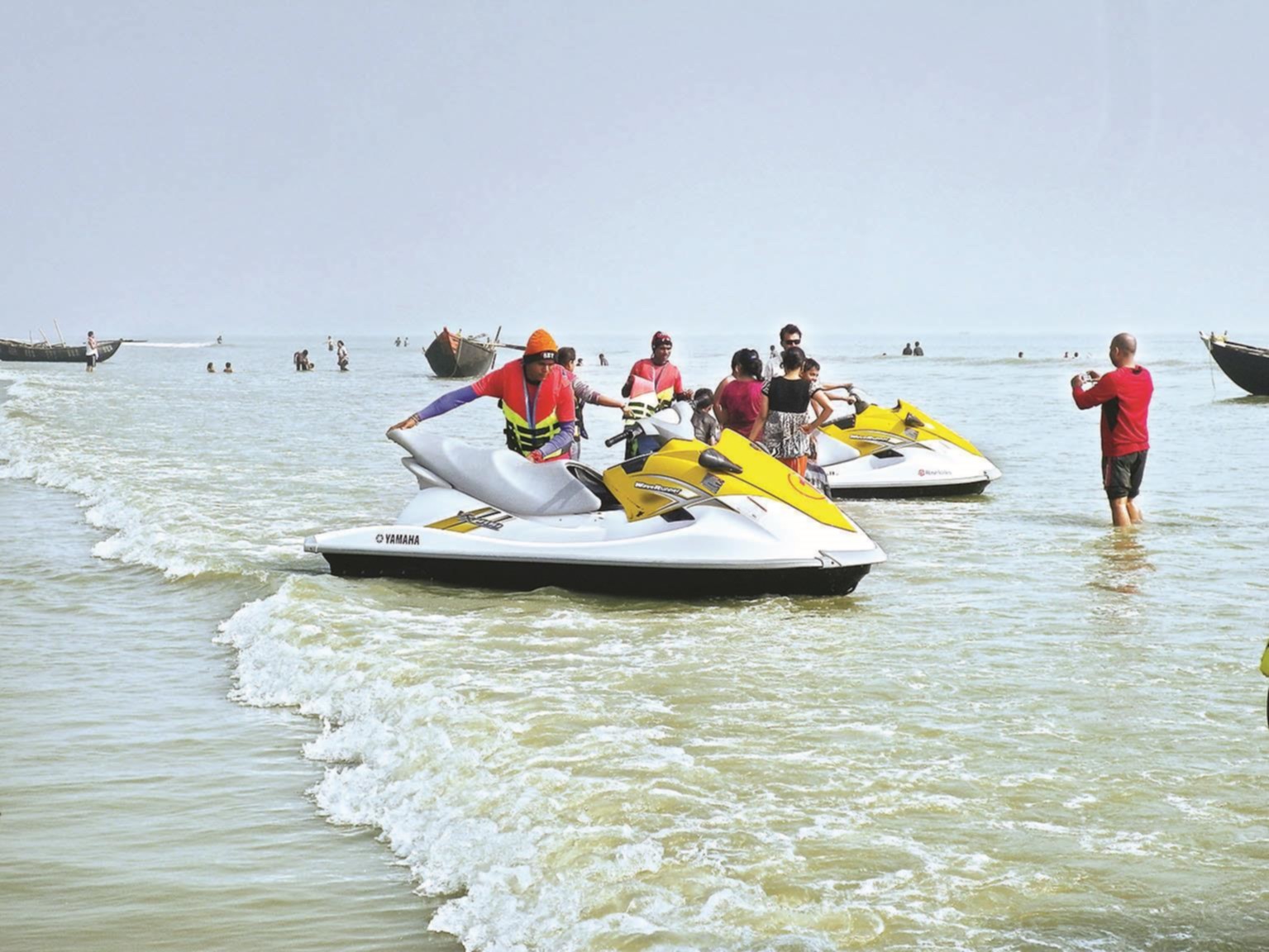 Digha is a fun beach destination, close to Kolkata, at approximately a distance of 195 km. Very lively and full of revelry, with different types of attractions for all types of tourists, this beach town is quite popular as a weekend getaway near Kolkata. The general laid-back lifestyle of the locals is just what is needed by people escaping from the chaotic city life and it is very popular for its joints serving delicious seafood and Bengali cuisine, wide variety of water sports and a great environment to just relax at the various spectacular beaches. Tourists can also check out the hi-tech research centre and museum and  religious temples. There are several ‘Rice Hotels’ all over Digha (a quaint feature of Bengal) serving cheap but good quality food, letting you taste the real Bengal. 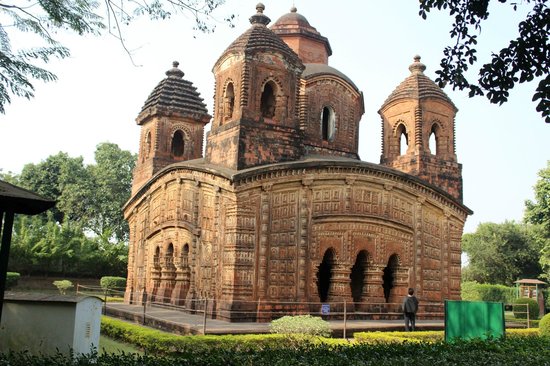 Located at a distance of about 151 km from Kolkata, Bishnupur town is an art lover’s delight. Once the capital of the Mallabhum Kingdom (considered as the most important Hindu dynasty in Bengal), Bishnupur is surrounded by old fortifications and is very famous for its several terracotta temples and traditional saris. This town is very popular amongst history lovers as it has a rich culture and heritage, known for its art, architecture, music and magnificent temples. Some of the well known temples here are the Jorbangla Temple, Shyamrai Temple and Rasmancha Temple amongst others. 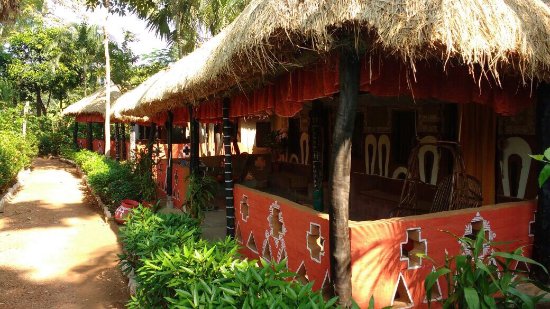 At a distance of just 20 kms from Kolkata, one will find a quaint, tribal village resort which lets visitors truly be one with nature. Marked with mud and thatched dwellings, far removed and away from the urban way of life, tourists are forced to admire the tribal set-ups and way of life amidst natural surroundings along with their tribal art and craftsmanship skills. As away from the crowds and mayhem of Kolkata, people often find this destination therapeutic and rejuvenating, making it an interesting and different weekend getaway from the city.