The 400 year old historical city of Hyderabad exhibits a charm of it’s own with spectacular architectural buildings comprising of mosques, minarets, temples, monuments etc, and unique natural formations of rocks alongside the best of the modern world with advanced technology.

While this renders the city interesting and has a lot to offer to both, it’s residents and tourists, one is also spoilt for choice with a variety of weekend getaways that are located reasonably close and make a refreshing break from the routine monotony of life. The weekend getaways from Hyderabad present travellers with different places to choose, mostly letting one experience the rich culture and spellbinding architecture.

Some of these locations, which can be reached after a short trip of 3-4 hours of drive, are as follows: 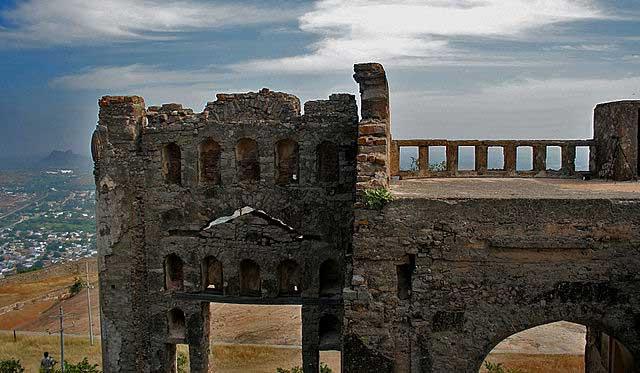 Nalgonda is steeped in history and is known for its old world charm. The prime attraction of the place is Nandikonda Village that preserves ancient ruins of Buddhist monastery and a pillared hall. It contains several religious sites, including Lateef Saheb Dargah and Kolanupaka Temple, a Jain shrine. Other attractions include the Nagarjuna Sagar Dam, a Gautam Buddha Museum, and the Bhuvanangiri Fort, built by Tribhuvanamalla Vikramaditya VI. Other than that you can also visit Sri Laxminarsimha Swamy Temple and Chhaya Somalingeswara Temple. Beside the ancient ruins, Nalgonda is a sleepy little town that offers a laidback weekend holiday easing your mind and refreshing it thoroughly. 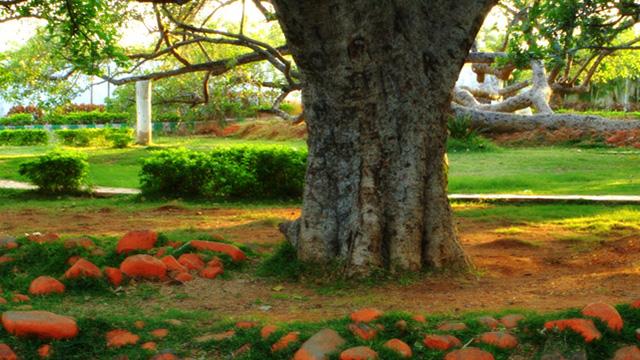 Mahabubnagar is named after a former Nizam of Hyderabad and was once known as Palamoor. Home to various religious and historic places, it makes a perfect weekend getaway close to Hyderabad. There are a number of temples that are worth a visit in this place and there is also a 700 years old huge Banyan Tree that one might be interested in seeing. Jama Masjid, Medina Masjid, Mecca Masjid and Umamaheshwaram, Mallelatheertham and Koilsagar are some of the best places to visit in Mahbubnagar district. This was the city where the Kohinoor diamond originated.

A waterfall named Mallelatheertham in the heart of the Nallamala forest region is a great place to enjoy at with the family. There’s also this well-known Rajolibanda Dam that one can visit. 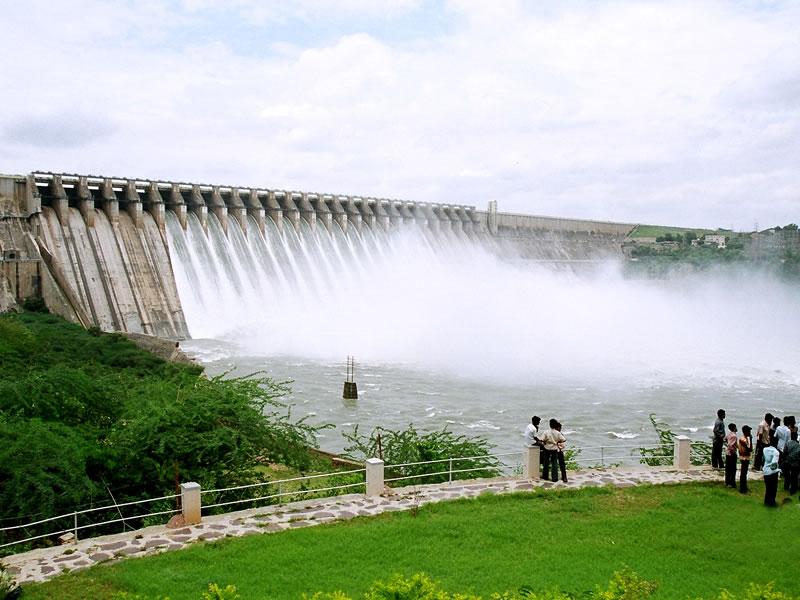 Nagarjunasagar is ideal for one-day trips and is basically famous for its 124m high dam and the isolated Nagarjunakonda. A dam built on the Krishna River, this modern architectural grandeur is a sight to behold. Lying in the Nalgonda District of Andhra Pradesh, the place is not just quiet but also a treat to the eyes for its natural beauty which surrounds this site. Old Buddhist excavations are also found here and the Buddhism influence in the area adds an interesting aspect to tourism here. An island named as Nagarjuna Konda, lying amidst the man-made lake, is a site where the relics of such great significance are preserved. In fact, the town got its present name from a Buddhist saint and scholar Acharya Nagarjuna. A steam boat ride is something that one can enjoy here and also move on to the Ethipothala waterfall which is formed by the coming together of three streams namely Nakka Vagu, Chandravanka Vagu and Tummala Vagu.

Warangal takes you back to the era of kings and queens with its beautiful historical sites. Ancient and fascinating, one is gripped with awe for Warangal, which is now a part of the newly formed Telangana state. Famous for its temple architecture and majestic fort, Warangal or Orugallu or Ekasila Nagaram was reportedly carved out of a single rock according to legend. It’s natural beauty is no less impressive and the Pakhal Lake and wildlife sanctuaries are also definitely worth checking out. The main places of interest to visit in Warangal are Warangal Fort, Bhadrakali Temple, Thousand Pillar Temple, Ramappa Temple situated near Ramappa Lake, four massive stone gateways and the Swayambhu temple dedicated to Shiva. Along with these, Eturnagaram Wild Life Sanctuary, Musical Garden, Inavolu Temple, Rock Garden, Ramappa Lake, Pakhal Lake, Laknavaram Lake and Sammakka Sarakka temple are the other famous places to visit in Warangal. Warangal also houses a National Institute of Technology(NIT) which has made it a famous student hub today. It is one of the famous weekend getaways from Hyderabad and one of the popular places to experience Telangana tourism. Hanamkonda is its twin city.

Bidar is a town and district headquarters located in the north-eastern part of Karnataka. Bidar is one of the most popular tourist places to visit near Hyderabad and one of the famous Hyderabad weekend getaways for a two day trip. It lies at an altitude of 2,200 feet on the Deccan plateau overlooking the Manjira river valley. It is bounded by Nizamabad and Medak districts of Telangana on the eastern side, Latur and Osmanabad districts of Maharashtra on the western side, Nanded district of Maharashtra on the northern side and Gulbarga district on southern side. Bidar has great historical importance and it is one of the important heritage sites in Karnataka. Some of the famous attractions are: Bidar For, Rangin Mahal inside Bidar Fort, Solah Khamba Mosque, Narasimha Jira Cave Temple, Chaubara Clock Tower and the Barid Shahi Tombs. 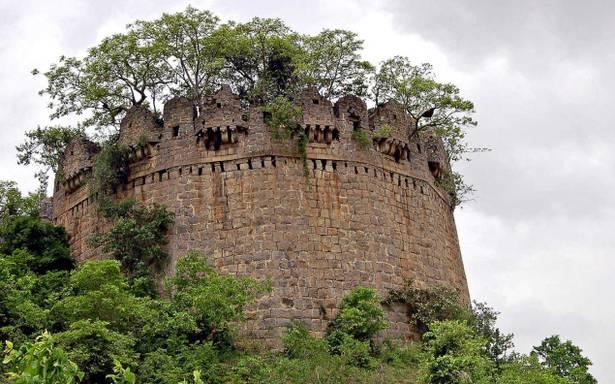 Nizamabad is the third most populous city in Telangana after Hyderabad and Warangal. This is also one of the top places to experience Telangana tourism. It is one of the agriculturally advanced districts in Telangana and has two large dams constructed across River Godavari (Sriram Sagar Dam) and River Manjira (Nizamsagar Dam). Nizamabad district has several tourist attractions like Domakonda Fort, Sriram Sagar Dam and Nizamsagar Dam, Pocharam Lake etc. Nizamabad Fort is situated on the southwest of the city which was built by Rashtrakuta Kings in around the 10th century, the Archaeological and Heritage Museum was opened in October 2001 and is situated in the Tilak Garden premises which is opened seasonally. The Museum houses various artifacts and antiquities representing the evolution of human civilization from Paleolithic to Vijayanagara Empire (i.e. 16th. A.D). Alisagar is a park and tourist attraction which is 13 km from Nizamabad and 2 km off the Nizamabad-Bodhan road. The garden is spread across a large 33 acres of area, it has a deer park, trekking and water sports facility. Ashok Sagar is a lake, park and tourist attraction situated in Jankampet area, 07 km from centre of the city. It has a beautiful rock garden with illuminated rocks and has excellent boating facilities. Badapahad dargah is one of the oldest Muslim pilgrim centres built in the memory of Hazrat Syed Hussaini, built on top of a hillock, located at a distance of 38 km from the city. 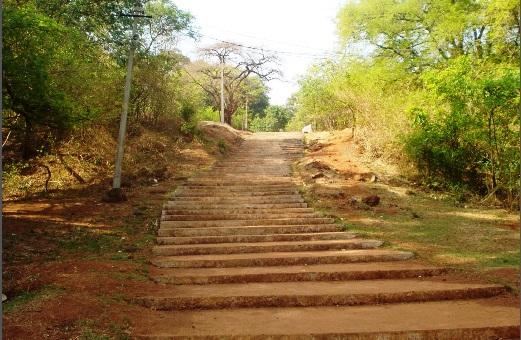 Ananthagiri Hills is located at Vikarabad of Ranga Reddy district in Telangana. The water flows from these hills to Osmansagar and Himayathsagar which provide drinking water to Hyderabad. It is the birthplace of the Musi river, which flows through Hyderabad. It is one of the earliest habitat areas. Ancient caves, medieval fort structures and temples shows the antiquity of this area. Anantagiri is being developed as a small hill station and is also a famous destination for a weekend trip due to its proximity to Hyderabad. The Ananthagiri forest is one of the dense forest areas in Ranga Reddy District. The small reservoir, the lush green jungle, the jungle trail are added attractions to this place covered by thick vegetation and beautiful streams with fresh water. Anantha Padmanabha Swamy Temple, dedicated to Lord Vishnu is one of the prime attractions in Ananthagiri hills. The hills are named after this temple. Ananthagiri is also popular for trekking and offers many trekking and camping opportunities. There are two trekking trails in the forests and there is a viewpoint on the hill top which can be reached from the temple. 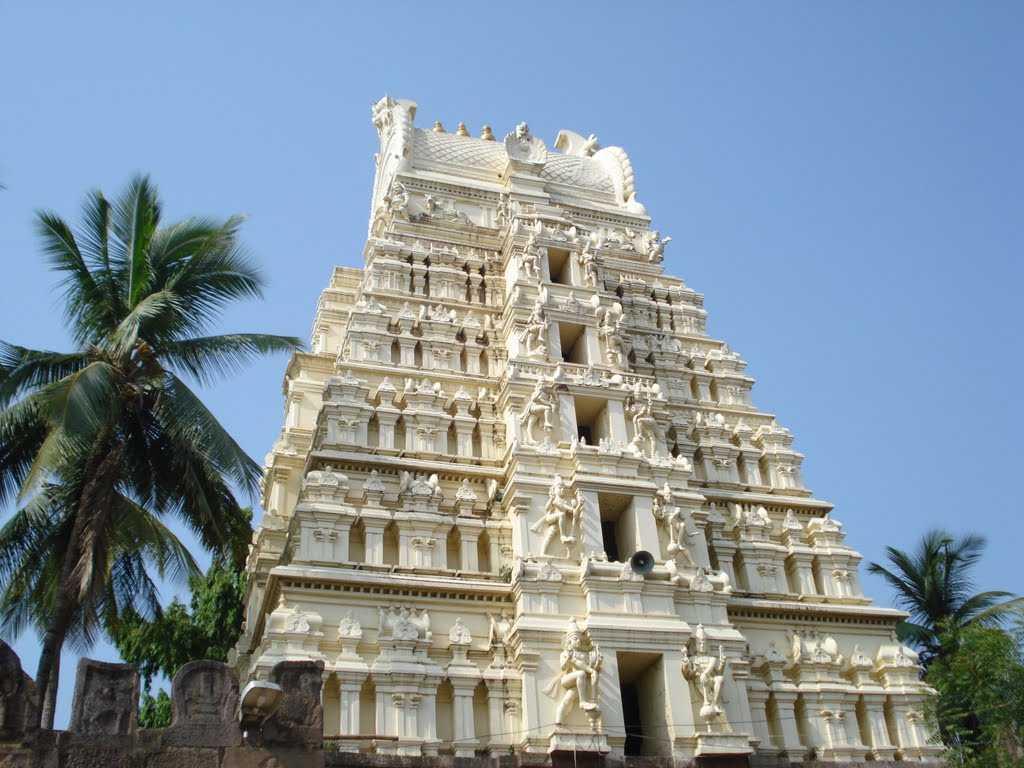 Srisailam is a quiet and peaceful location on the banks of the river Krishna. It is associated with many ancient temples including a Jyotirlinga, a wildlife sanctuary and a dam. Srisailam hills are very scenic with amazing wildlife. The dense Nallamala forest ranges with assorted flora and fauna lie in close proximity to the Srisailam hills. One could visit the many majestic temples in the city such as the one dedicated to Lord Shiva (it is renowned as Sikhareswara Swamy temple) or the famous Bhramaramba Mallikarjunaswamy Temple which is located at a height of around 457m from sea level. The other attractions one can enjoy are the Srisailam Dam, Ishta Kameshwari temple, Mallela Theertham and Akkamahadevi Caves. There are two ways to reach these caves; one is by boat and the second by a ropeway.