My First Trip To Bengaluru 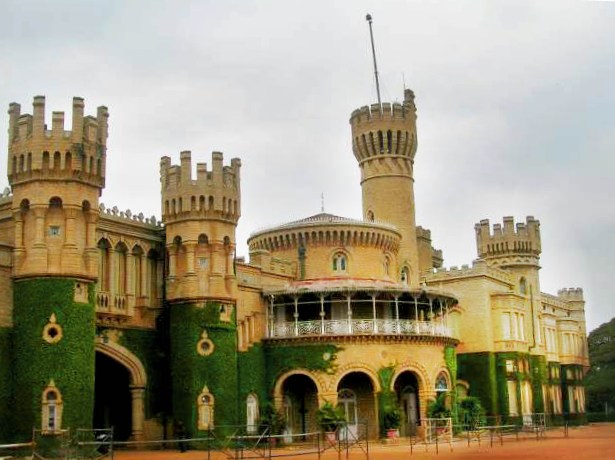 Working in another city as a single woman, far away from your family, has its pros and cons. While you enjoy the freedom and independence you experience, it can also be a very lonely, tiresome and routine life owing to the hectic work life and daily home schedule. And hence it becomes very necessary to break away from such drudgery, take some time off to relax and do something exciting that you may have always wanted to do.

Being a Mumbai girl, I went through one such phase after working for 2 years continuously in Hyderabad, away from home. Of course, I visited my folks every 4-5 months, when time and office permitted, but it was such a rushed affair that I used to feel I needed a break after coming back. That’s why I decided to share my story so that people like me know how to look after and pamper themselves once in a while. It does wonders for your health and confidence!

Since I lived alone in a rented apartment, I had created a schedule where I kept myself busy with my office life and work at home most times. I would take the very occasional break where I would go out partying with friends from office, do a little sight-seeing in Hyderabad over the weekends and otherwise travel to Mumbai and back. Somehow I began to feel life is boring and depressing. I fell sick pretty often and then one day it was my doctor who recommended I should just get away from it all and do something that I had not done before. She gave me several options of which one was travelling to a new place and experiencing another city, lifestyle and landscape. This sounded interesting and exciting as I had never attempted to holiday alone, just tending to play safe. I followed her advice and as soon as I was well, I started chalking out my plans for a long weekend.

Bengaluru, it was going to be, for my first solo holiday as I had heard it was pretty much a safe city and relatively close to Hyderabad. I had also decided that I would travel by road, specifically by bus, so that I could further enjoy the journey and see more as I travel to my destination. My colleagues at work suggested I try www.abhibus.com to book my bus tickets online and I must say I managed to book my tickets smoothly. I was also happy that I could choose my place on the bus next to a woman. This made me more at ease and confident.

The bus journey was a blast. To my good luck, my neighbour on the bus was friendly, an avid traveller, slightly older and so more experienced than me and full of stories to keep me busy and excited through the ride. The roads were wonderful and the scenery as we passed really made me happy and put me in a good mood right away. The 10 hours of travel whizzed past magically. And the best part of all………my new friend Kyra, who had travelled to Bengaluru before and was once again doing a solo fun trip, decided to take me under her wing and spend the next 3 days with me. I was delighted ! Though I had done a fair share of research on the place, hotels to stay, points of interest etc., I decided to go along with her. By now, I knew a fair bit about her and found her to be safe, mature and fun-loving and that’s what I was looking for, FUN !

Having reached Bengaluru around 5 pm, the first thing that greeted me was the crisp, cool, December evening weather. I felt alive! Kyra booked us into a neat and nice 3 star hotel in the city centre and after freshening up, we set off for a jaunt. She took me straight to M.G.Road where we first sat down at a café and enjoyed some hot coffee and sandwiches. We then walked down the road slowly with her pointing out various shops of handicrafts, beautiful sarees, silk clothes and many other stores of interest. The place was buzzing with people and activity. There was no time to get bored. Later in the evening, we stepped into one of the many attractive pubs lining the street and had a blast dancing away with a few cocktails and snacks. It was a great start and introduction to Bengaluru. 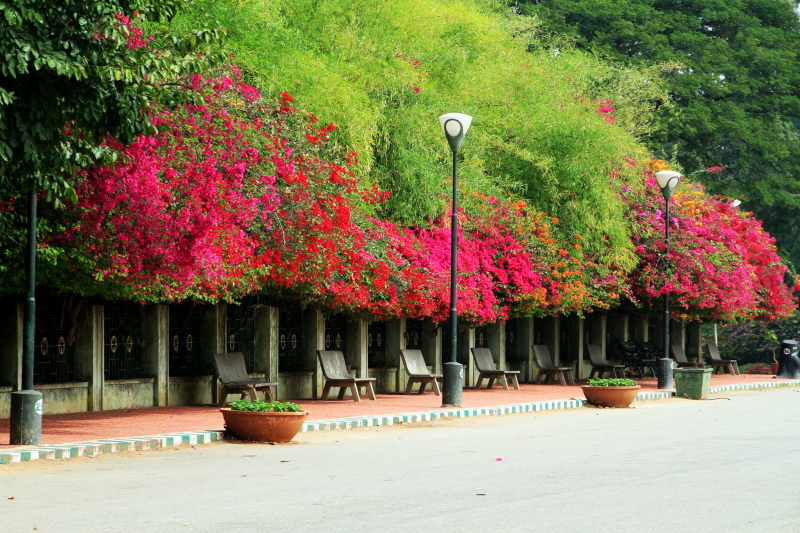 The next morning Kyra woke me up at 6.30 am and dragged me straight to the huge Cubbon Park which was lush with various species of plants and trees. It was beautiful and therapeutic while walking briskly through the park and enjoying the flora and fauna. This park also had several historical buildings and monuments which made for some interesting sights to see. After about two and a half hours, I was taken to a street which had some inconspicuous restaurants but thronged by huge crowds. We had the softest of idlis, of different varieties and delicious upma, followed by the not-to-miss, piping hot filter coffee. This was a wonderful way to begin the day.  After a quick trip to the hotel for our showers and change, we hit the city again.

Travelling around here was pretty easy, with their most used rickshaws, taxis, as well as the metro. What amazed me was that several women were the drivers of public vehicles like buses and rickshaws. The rest of the day was spent by visiting the impressive Bangalore Palace, the wonderful Ulsoor Lake, the much famous ISKCON temple and the Art Of Living Centre. Though very informative and interesting, it was a long day and so we spent the evening chatting away at a café. After a light dinner at one of the local restaurants, we called it a night.

After breakfast on the 3rd day, we visited the  Banerghatta National Park and spent almost half a day there. It was awesome to see the majestic tigers and other animals there. And then, unknown to me, I was in for a real surprise! After driving around in a cab for a bit, we reached the Nandi Valley Vinery. I was astonished and wondered what were we doing there, but believe me when I say, this was one fun place to be. We were invited to go through the wine-stomping process bare-footed and after that to a wine-tasting session. This was seriously so much fun and an experience I would never forget. It was also a befitting end to my first solo holiday. The next morning till noon was reserved for some last minute shopping at MG Road, after which we had a quick and tasty South-Indian lunch. I finally boarded the bus back for Hyderabad by 1.30 pm totally refreshed, energetic, happy and enthusiastic. Kyra had taken the week off and so she was to stay back for the next 3 days.

Who would have thought that on my very first trip alone, I would have had such a blast, experienced and saw so many facets of Bengaluru and made a friend for a lifetime!