As India opens up for Unlock 1.0, People have started travelling by bus in Andhra Pradesh and Telangana. APSRTC began bus services to more than 40 destinations within the state from May 21st while TSRTC has started bus services on May 19th to major bus stations in Telangana. Both Andhra Pradesh and Telangana governments have been taking cautious steps towards allowing movement of passengers within the state considering Red, Orange and Green Zone restrictions implemented by Centre. The passengers can book APSRTC & TSRTC bus tickets online using AbhiBus App to avoid the rush and unsafe contact with the crowd at bus stations. Customers of AbhiBus.com can now get updated information on bus availability, service timings and operational routes. 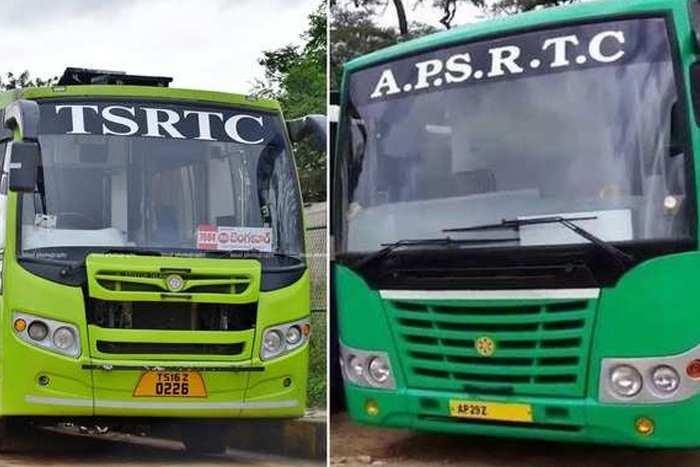 Inter-state borders are still locked between Andhra Pradesh and Telangana for public transport buses awaiting permissions from officials from both the sides. Though the centre has allowed travel between states, officials are cautious to contain the spread of Corona Virus by setting up a check post at the inter-state border. It is expected that all the bus passengers may have to register on SPANDANA website to enter Andhra Pradesh. Telangana government is mulling a new pact on allowing AP buses into its state based on Kilometres travelled and subsequently improve its revenue. Based on the Telangana government’s decision, the APSRTC will be running the buses from Hyderabad to the various destinations in AP on a point-to-point basis. In addition to Telangana, AP government is awaiting a response from neighbouring states Tamilnadu and Odisha to resume Bus Inter-state bus services.

APSRTC resumes Inter-state bus services to Karnataka from June 17
The first state to allow APSRTC buses to enter is Karnataka with more than 150 buses ferrying between major cities in Karnataka and Andhra Pradesh. The demand is higher between the capital cities Vijayawada and Bengaluru with more than 10 buses allocated the route on a daily basis. Apart from Bengaluru, APSRTC will be running buses to Mysuru, Mangaluru, Hubbali, Bellary and Raichur. There will be no stops in between the Vijayawada to Bengaluru bus route as a precaution to contain COVID 19 spread. Social distancing and sample collection of 5% of the passengers will be conducted at respective destinations as per the government guidelines.

As further relaxations were announced on June 8th including allowing visitors to Temples, it is expected to see an increase in bus passengers willing to visit Yadadri in Telangana and Tirupathi in Andhra Pradesh soon.

Stay tuned to Abhibus on daily updates on Bus travel. Here is the list of all operational bus routes by APSRTC & TSRTC.