10 Best Places To Visit In Meghalaya 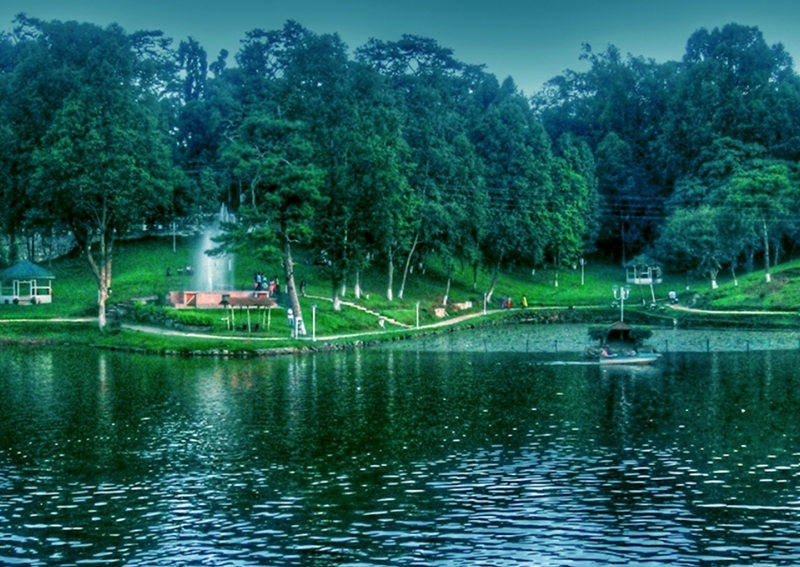 Meghalaya, literally meaning ‘land of the clouds’, is a state in Northeast India. Earlier nicknamed as ‘Scotland of the East’ during the British reign, Meghalaya was a part of the state of Assam. It was in January 1972, that the districts of Khasi, Garo and Jaintia Hills was declared an independent state. With almost 70% of this state being a forested area, Meghalaya thrives with plenty of mammals, birds and plants. The land here is mountainous with many rivers and has valleys and highland plateaus. Meghalaya is also famously known as one of the wettest places on earth due to the amount of rainfall it receives in a calendar month as well as annually.

While Meghalaya can be visited throughout the year due to its all year round pleasant climate, the summer months of March to June let tourists enjoy the outdoors, adventure activities and beautiful natural environment. Even winter, when the rain finally stops from October to February, is a great time to visit this destination and revel in its beauty and climate. In this article, we have listed a few places that one must visit while taking a trip to Meghalaya.

How to reach Meghalaya :

By air – The closest airport to Meghalaya is at Guwahati which is well connected to Mumbai, Delhi, Kolkata and Chennai. From here one can hire a cab to take them to their destination in Meghalaya as there are no direct buses.

By train – The nearest railway station is also at Guwahati. It has rail connectivity to Delhi, Amritsar, Jammu &Kashmir and Bangalore. Thereafter, tourists can hire a bus or cab to their destination.

By bus – The State Transport Buses are available from nearby cities in the state upto a certain point close to Meghalaya.

A feature peculiar to only the North East and therefore one of the most famous attraction, are the Living Root Bridges, found deep in the dense tropical forests of only Cherrapunji and Mawlynnong. Members of the Khasi tribe have built this bridge by ensuring the roots of the ancient rubber trees, found only here, grow in a particular way. However, to experience a thrilling walk along the bridge, one has to trek to the bridge in Nongriat village near Cherrapunji. After a treacherous climb down approx. 2000 slippery, moss-covered steps, one can access the bridge. A much easier living root bridge to access, is the one near Mawlynnong However, it’s worth experiencing this one-of-a-kind adventure.

Located in the East Khasi Hills district of Meghalaya, this spotlessly clean village of Mawlynnong is a concentrated effort of the whole community. Also referred to as ‘God’s Own Garden’, this place is famous for its cleanliness and spellbinding natural beauty. The Mawlynnong waterfall cascading into transparent clear blue waters below, the Living root bridge nearby and many other peculiar but interesting wonders of God to see, make a visit to Mawlynnong necessary.

This is a location most meant for trekking enthusiasts. The view across the valley is mind-blowing and makes one feel that they have reached the end of the earth. The trail, though difficult to manoeuvre, can be traversed with the help of the right equipment and some important local guidelines. The 4-5 hour trek to the top is well worth it, once the unending valley spreads out before you with breath-taking vistas of sunrise or sunset. On the way back down, one can enjoy the beautiful Lwai falls.

Located at the border of Bangladesh and India in the West Jaintia Hills of Meghalaya, Dawki town is most admired for its beautiful, unspoilt Umngot river. One would find it hard to believe that the International Radcliff Line Border between India and Bangladesh is situated here, as there is no presence of border security forces and locals from both countries mix with each other. The Dawki Tamabil suspension bridge and the unbelievably clean and transparent waters of the Umngot river create a dream-like vision and is definitely a compelling reason to make a trip to this destination.

An exciting activity to indulge in Meghalaya is exploring the caves which abound in this state. It is believed that there are almost a 1000 caves in Meghalaya, of which almost 500 are natural limestone and sandstone caves. A few of these caves are known to be the longest and deepest in the world with some of the rarest bats species which attract both tourists and explorers from all over. While the most popular and frequented cave is the well-lit, tourist friendly Mawsmai Cave near Cherrapunji, there are several others which are more challenging and a visit to these are best undertaken through an expedition with appropriate cave equipment. The other popular ones are the Siju Caves (also known as the bat cave owing to the magnitude of these nightly creatures), the Krem Liat Prah (the longest cave in the state), Synrang Pamiang (deepest cave in Meghalaya), Mawmluh, Mawsynram amongst tons of others.

Located near one of the wettest places on earth, Cherrapunji, the Nohkalikai Waterfall at a height of 1,115 feet is considered the tallest plunge waterfall and thus the highest waterfall in India. Owing to the proximity of the most rainy place, the falls flow heavily throughout the year and make a spectacular sight. In addition, the carving created at the bottom of the falls due to the plunging water, is also very fascinating. Some other very popular waterfalls are the Elephant Falls, Langshiang Falls, Sweet Falls, Bishop Falls and Shadthum Falls.

The Umiam Lake is located at Nongpoh in Meghalaya and is actually formed from the reservoir built due to the dam there. The lake assumes different scenarios during summer and winter. The water in the lake during winters present a stunning picture and leaves spectators in awe. During summer time, the water level recedes and one can actually see small islands pop up on the surface of the lake. One can enjoy some water sports like boating, kayaking and other adventure activities here and group water boat rowing is definitely an experience not to be missed.

The Garo, Khasi and Jaintia Hills are the heavily forested mountainous regions of Meghalaya running from the west to the east. Home to the Siju Wildlife Sanctuary, Balpakhram National Park, Nokrek Biosphere Reserve, these forests are dense, untouched, unspoilt and full of wildlife and abundant flora. Eco-tours are also organized for tourists in coordination with the community. The Butterfly tours are a pure delight and should be enjoyed when here.

The Khasi tribe of Meghalaya considers sacred a small portion of the forests in Mawphlang, which is approximately 45mins southwest of Shillong in the East Khasi Hills. This sacred grove is preserved and protected by the local communities, due to their cultural and religious beliefs and is full of medicinal and rare species of plants. Members of the tribe perform animal sacrifices here and bury their dead in this grove. The grove also includes several varieties of orchids and an insect eating pitcher plant Nepenthes Khasiana.

Mawthadraishan Peak is situated on the northern side of Nongstoin and it is from this point in Meghalaya, that one is privileged to have four landmark views. Standing at this vantage point, the north is thrown open to the Himalayas, Bangladesh is what you see in the south, the Khasi Hills to the east and the Garo Hills in the west. The rest of the space is interspaced with never-ending greenery. One can also find 7-8 fish ponds, which are not very large in size, on top of this hill. What better location, where one can fill their lungs with pure, unadulterated air to last them for the next few years.